Last week, Berlin’s Tech Open Air (TOA) festival took over the city. Now in its sixth year, TOA is an interdisciplinary festival that brings together technology, music, art and science.

The festival consisted of a two-day conference at Funkhaus Berlin, a sprawling complex along the banks of the River Spree that used to house East Germany’s central radio station, and over 200 satellite events that happened all over the city over four days. This year’s festival was the biggest yet, with over 200 speakers and 20.000 participants. 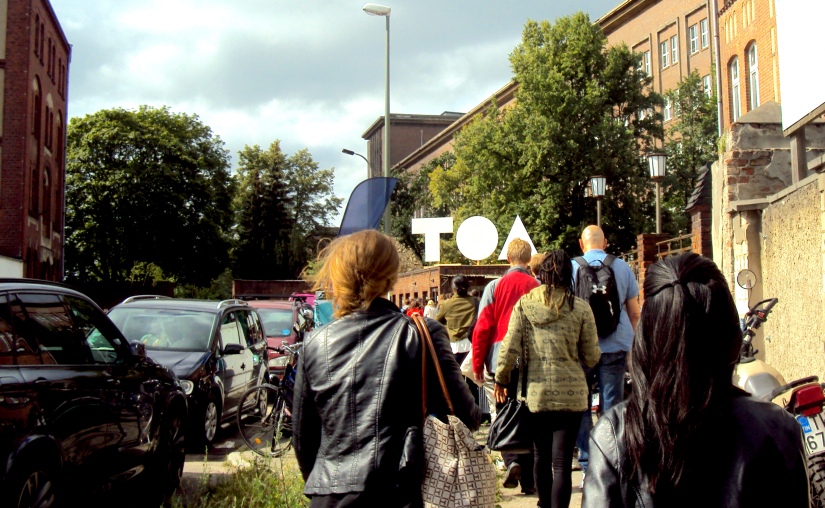 The festival, a bit like technology itself, was pervasive, and, with conference talks lasting an average of 15 minutes each, mimicked the hectic effect of switching between multiple tabs in a browser. It also came with some of the frustrations of modern tech – the conference app did not work, and men dressed in black talked about how important and life-changing their work was without a hint of irony. For example, Magnus Olsson, founder of Careem, which is basically Uber for the Middle East, talked about the principles he lived by, why Careem was life-defining for him, and its social impact, when really, all the dude had to say was, “It’s Uber for the Middle East.”

But there were also tons of interesting talks, and key trends this year seemed to be A.I, VR and Fintech.

My personal highlights included Edda Hamar, Founder and CEO of Undress, talking ethics and sustainability in fashion, Prince Fahd Al Saud, who gave an enlightening perspective on the Millennial Middle East – one that challenged the West’s prejudices and perceptions – and spoke about his aims to support and promote women and feminism, and BBC R&D’s Senior Firestarter (yes, that’s his job title) Ian Forrester, who raised some interesting questions about the future of storytelling while demonstrating the prospects of object-based media. Last but not least, Imagining Coordinator Rebecca Roth, who works at NASA’s Goddard Space Flight Centre, presented some mind-blowing and beautiful images of space. All these talks will be available to view on TOA’s YouTube Channel within the following week.