Impro Embassy is a fresh and funny English-language show at Ratibor Theatre that takes place the first Thursday of every month. 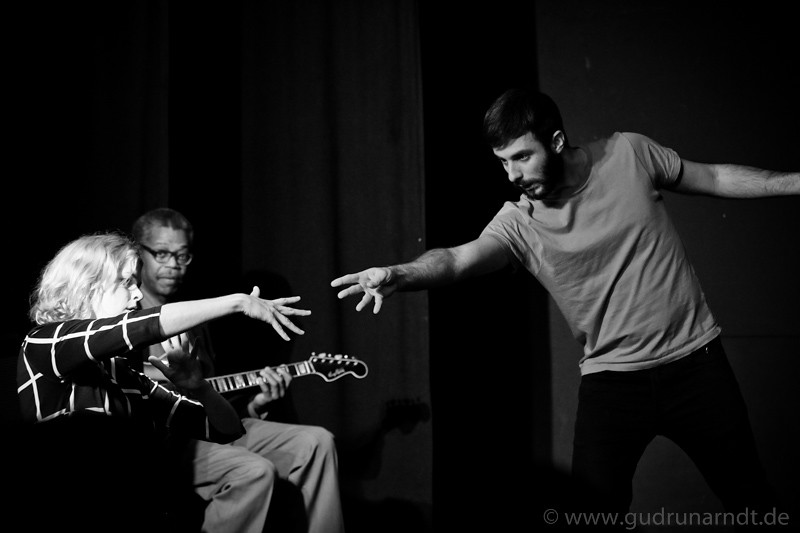 Each player took turns in providing a prompt, either from the audience, a video, song, or a personal tidbit inspired by their city to get the action going. What resulted was a series of entertaining, sometimes surreal, always surprising sketches that took us on a whirlwind journey from a rap performance on the streets of Washington D.C. to breakfast with a suicidal Swedish family.

Mother:     I’ll wake the boys. Larsen! Andersen! Nielsen!
Daughter:  Why did you name us all with surnames? It’s so difficult…

Other sketches included a noirish love story featuring a cat called Snowball, a woman addicted to dressing up as a lizard and scaring Berlin clubbers on their way home in the early hours, and a contemporary movement performance illustrating the life and death of a snowman.

Detective:  I’m looking for this cat.
Woman:     Yes, he is here.
Detective:  That was easier than I thought. This is the first place I have visited.
Woman:     Well, this is the only cat hotel in Poland…It was a good idea.

The actors worked hard to find a tone and sense of narrative in each sketch, aided by the musicians who intuitively provided a score. The creative process was fascinating to watch – affirming the importance of play and rolling with an idea until it turns into a gem – and the evening sparkled.

The most telling piece was one in which each actor spoke only in their native language (Swedish, German and Italian). Through the confusion, they eventually managed to connect with each other and create an engaging, comprehensive story. For me, this is typical Berlin; that on a rainy night in Kreuzberg, people from different places can come together and collaborate despite their differences, to create a special, one-off experience.

The next Impro Embassy entitled Click will be at 20.30, Thursday 5th February 2015 at Ratibor Theater (Cuvrystr. 20a, 10997 Berlin, nearest U-Bahn Schlesisches Tor).