The Bavarian and I have recently finished watching HBO’s Boardwalk Empire and have started watching Rome. We tend to get immersed in our dramas. While watching Boardwalk Empire, which is about boot-legging in 1920s prohibition era America, we got through one bottle of Laphroig and three bottles of Woodford Reserve. Rome, set in the 1st century BC during Ancient Rome’s transition from Republic to Empire, is more difficult. In lieu of being able to buy slaves, raise armies, or crucify people, we settled on going out for a nice Italian.

This may sound simpler than buying slaves, raising armies, or crucifying people, but finding a good Italian restaurant is no easy task – even in Italy. I once stayed with an Italian family in Montalto di Castro, about 2 hours from Rome, and when we visited the capital, we did not eat. According to them, the restaurants in Rome were for tourists; most of them were not run by proper Italians, and they did not use good tomatoes. It was not until that night, when we got to the pizzeria down the road from where they lived, that we finally got to eat.

So, the rules are clear; the restaurant should be local, run by Italians and use good produce. Mami Camilla in Bötzowviertel, Prenzlauer Berg, ticks all these boxes. 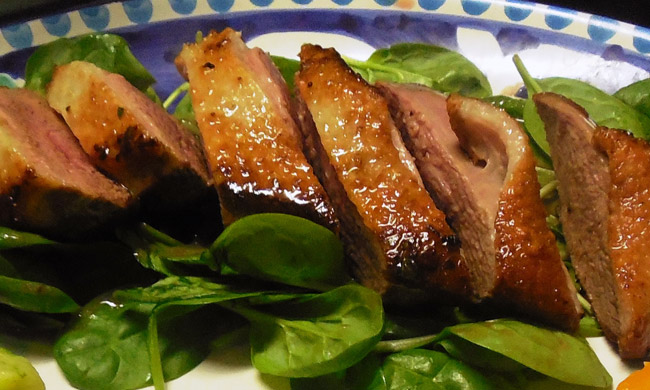 It’s a quiet place. Simply decorated, softly lit, with solid wooden tables and background music that does not try to compete with the sound of conversation or the clink of cutlery.

The food has a strong South Italian influence; the owner is from the Amalfi Coast and the chef is from Puglia. They get special produce delivered from Italy as well as adapting their dishes to suit the season (working with berries in the summer, pumpkin in the autumn).

For starters (between €10-15) we had burrata, an Italian cheese made from mozzarella and cream, with apples, and cardoncello mushrooms baked with pecorino cheese, for the mains (between €15-25) the Bavarian enjoyed swordfish with baked red pepper and squid tagliolini, while I experienced the best ravioli I’ve ever tasted (made with rosemary, lemon-zest and goats cheese, topped with berries).  For dessert (between €5-10) we shared a tiramisu. To accompany, we had a bottle of Negroamaro Primitivo from Puglia.

The fact that everything is freshly made to a high-quality is reflected in the price and the time it takes to make certain dishes. It’s worth it, but if you don’t feel like going all out, they also have a wide selection of excellent, regularly-priced pizzas – made Neapolitan style.

There’s something for everyone, so the clientele range from couples to groups of friends and families with children. It’s refreshing to find a place like this that has a relaxed atmosphere and friendly service.

The Bavarian’s verdict: “You can say what you like about the Italians, but they know what they’re doing when it comes to food.”